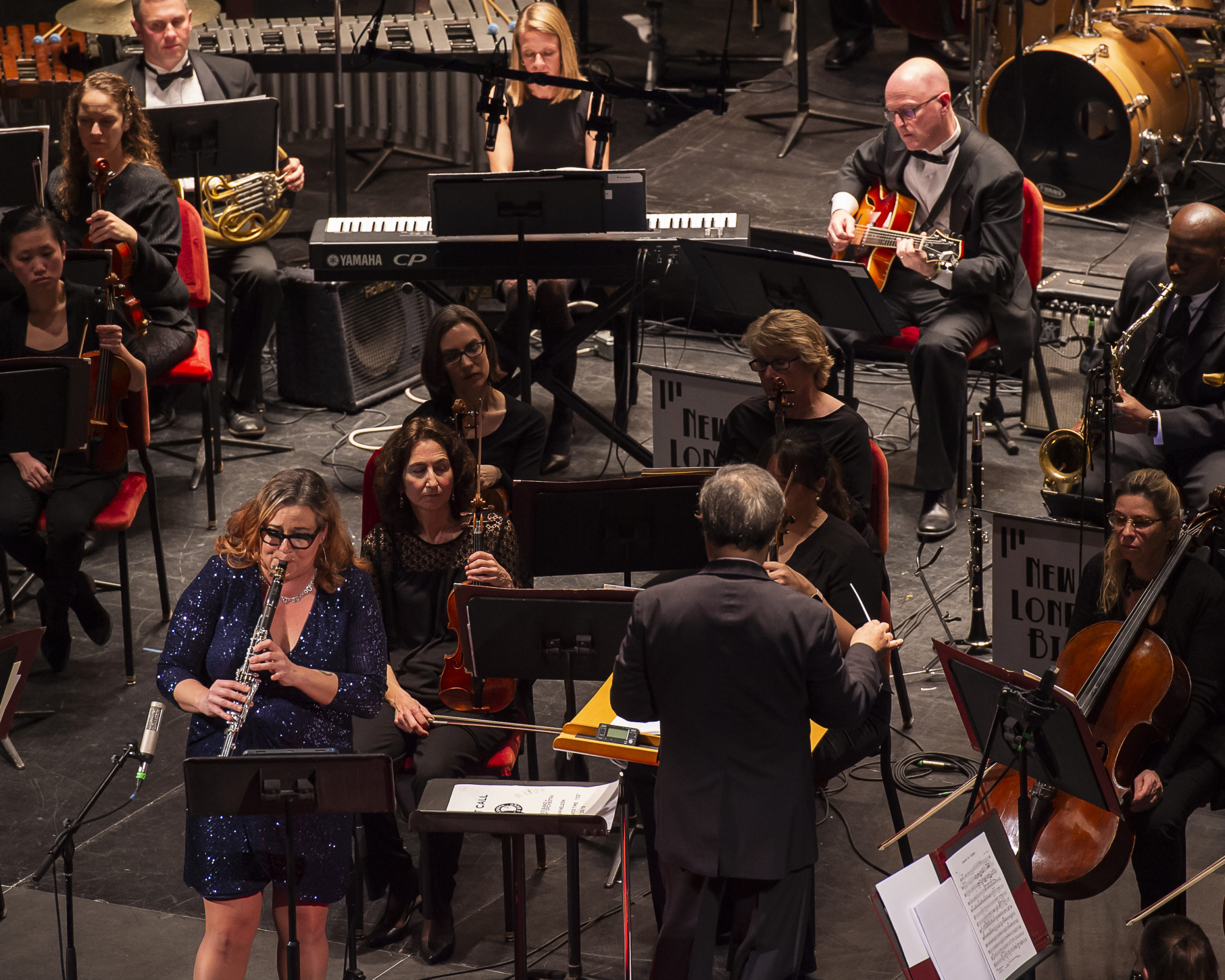 Year you joined the ECSO1999

Ms. O’Connor is a former member of the United States Coast Guard Band, where she was often a featured soloist, and had the honor of performing at the Inauguration of President Bill Clinton and with eminent soloists including Placido Domingo, Martha Reeves, and Lorrie Morgan. She also previously served as principal clarinet with the Connecticut Virtuosi Chamber Orchestra and Salt Marsh Opera, and was clarinet soloist on the 2004-2005 national tour of Fiddler on the Roof. As a member of the Radiance Woodwind Quintet, Ms. O’Connor has made appearances on the Newburgh Chamber Music Series, Calvary Music Concert Series, and La Grua Concert Series.

Kelli O’Connor is principal clarinet of the Vermont and Eastern Connecticut Symphony Orchestras, and co-principal clarinet of the Orchestra of Indian Hill. Her performance of Copland’s Clarinet Concerto in 2012 with the Eastern Connecticut Symphony, one of numerous occasions she was a soloist with orchestra, earned her praise in the New London Day as “the star of the evening … playing with the rich timbre and unhurried phrasing that are her trademarks.” Following a 2000 performance of Weber’s first Clarinet Concerto, The Day described her as “an individualistic player with plenty of head and heart … gorgeous tone and liquid line.” Kelli was featured soloist at the Vermont Symphony Summer Festival Tour in July 2019, where she performed Artie Shaw’s Concerto for Clarinet. In April 2016, Ms. O’Connor performed the West Coast premiere of Oscar Navarro’s II Concerto with the Downey Symphony (CA). Ms. O’Connor also appears frequently as acting principal clarinet of the Boston Philharmonic and New Haven, Hartford, and Springfield Symphony Orchestras. She is a founding member of the Chameleon Arts Ensemble of Boston and Radiance Woodwind Quintet. Kelli has also appeared as a guest artist at the Martha’s Vineyard Chamber Music Festival and at the Hop River Chamber Music series in Andover, CT, and performed the rarely-heard Clarinet Concerto of Charles Stanford at Summer Music at Harkness.

In addition to her performing career, Ms. O’Connor presently serves on the faculties of Central Connecticut State University and Connecticut College and on the faculty roster for the InterHarmony Music Festival in Italy. She was the founding director of the Waterford High School Clarinet Choir, which under her leadership won many distinctions and was featured on numerous occasions as an honor ensemble at the Connecticut All-State Music Educator’s Convention. She is a former faculty member of the University of Rhode Island, Greater Hartford Academy for the Arts and Calvary Music School. Ms. O’Connor has presented masterclasses and recitals at the University of North Carolina at Pembroke, Lee University, Baldwin-Wallace University, Northeastern University, and Salem State College.

A native of Newburgh, New York, Ms. O’Connor received a Bachelor’s Degree from Baldwin-Wallace College and a Master’s Degree from the New England Conservatory. She was a scholarship recipient and concerto competition winner at both schools. She served as principal clarinet with the prestigious Cleveland Orchestra Youth Orchestra under conductor Jahja Ling, and had the opportunity to work with Leonard Slatkin and Christoph von Dohnanyi. Her principal teachers were Dave Newton, Dr. Alan P. Squire, Tom Martin, and she has taken independent studies with Yehuda Gilad.

Favorite Composer:Dmitri Shostakovich- no chamber music for clarinet…so I arranged his Piano Quintet, op. 57 for Piano and Winds, in place of strings. And, it worked!

Favorite Musical Memory:When I had the opportunity to perform the Copland Concerto at seven months pregnant with my youngest, Fionagh. Recently, the Artie Shaw concerto with the ECSO and the New London Big Band.